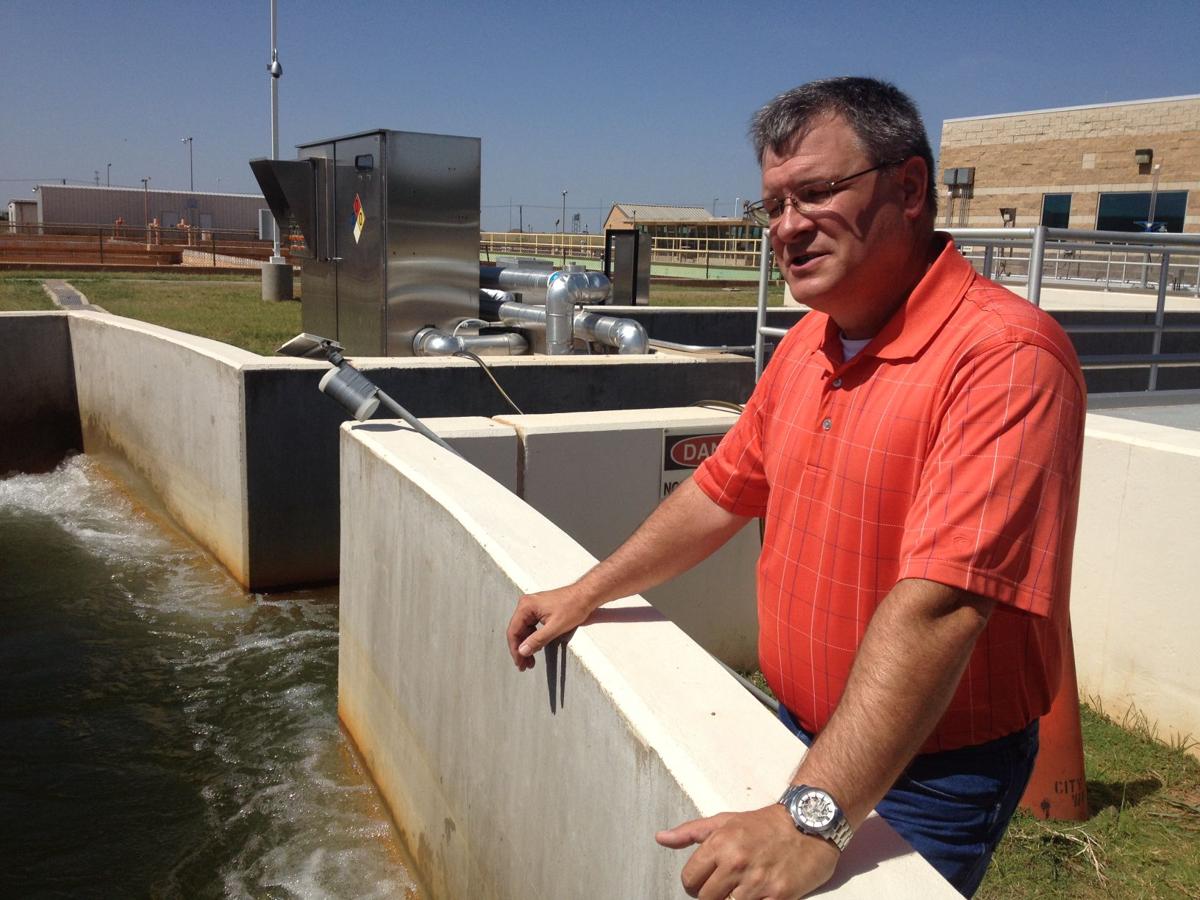 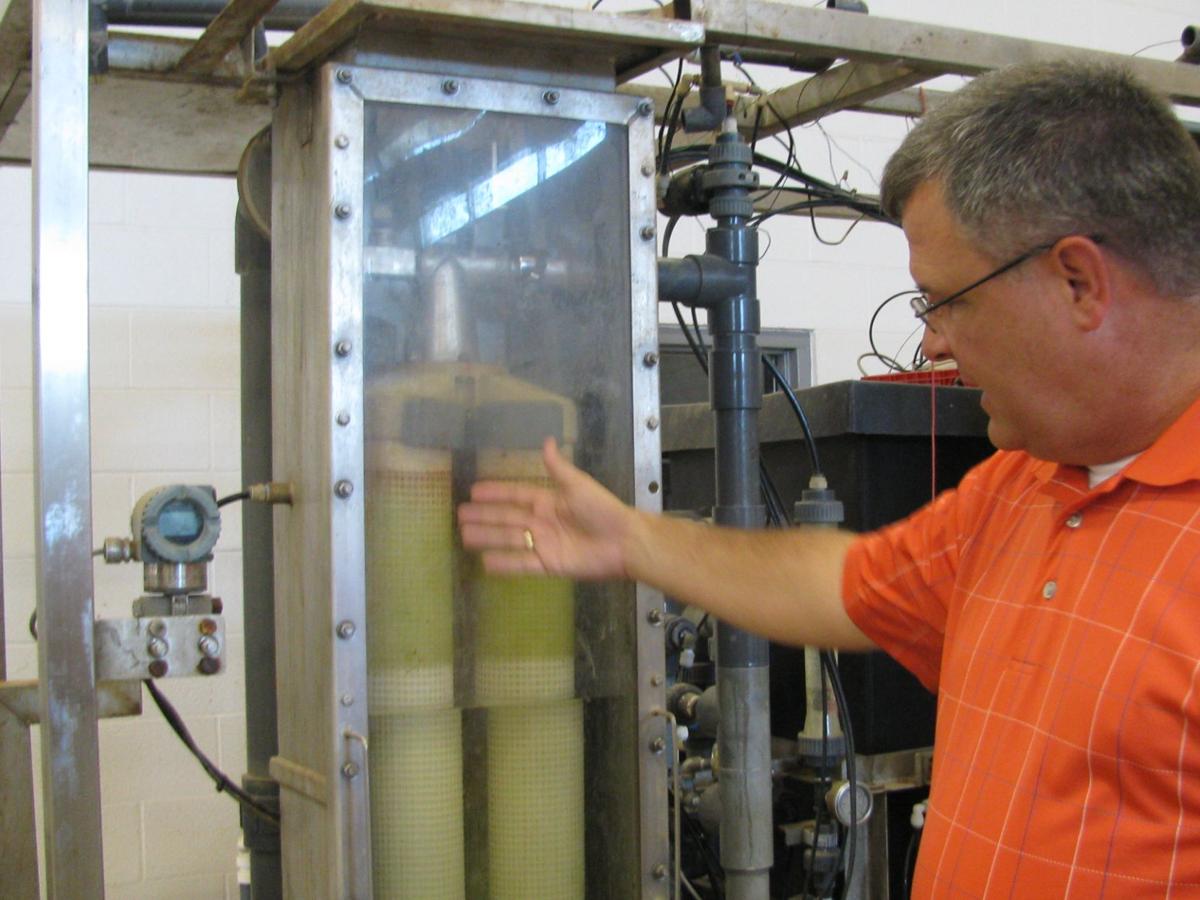 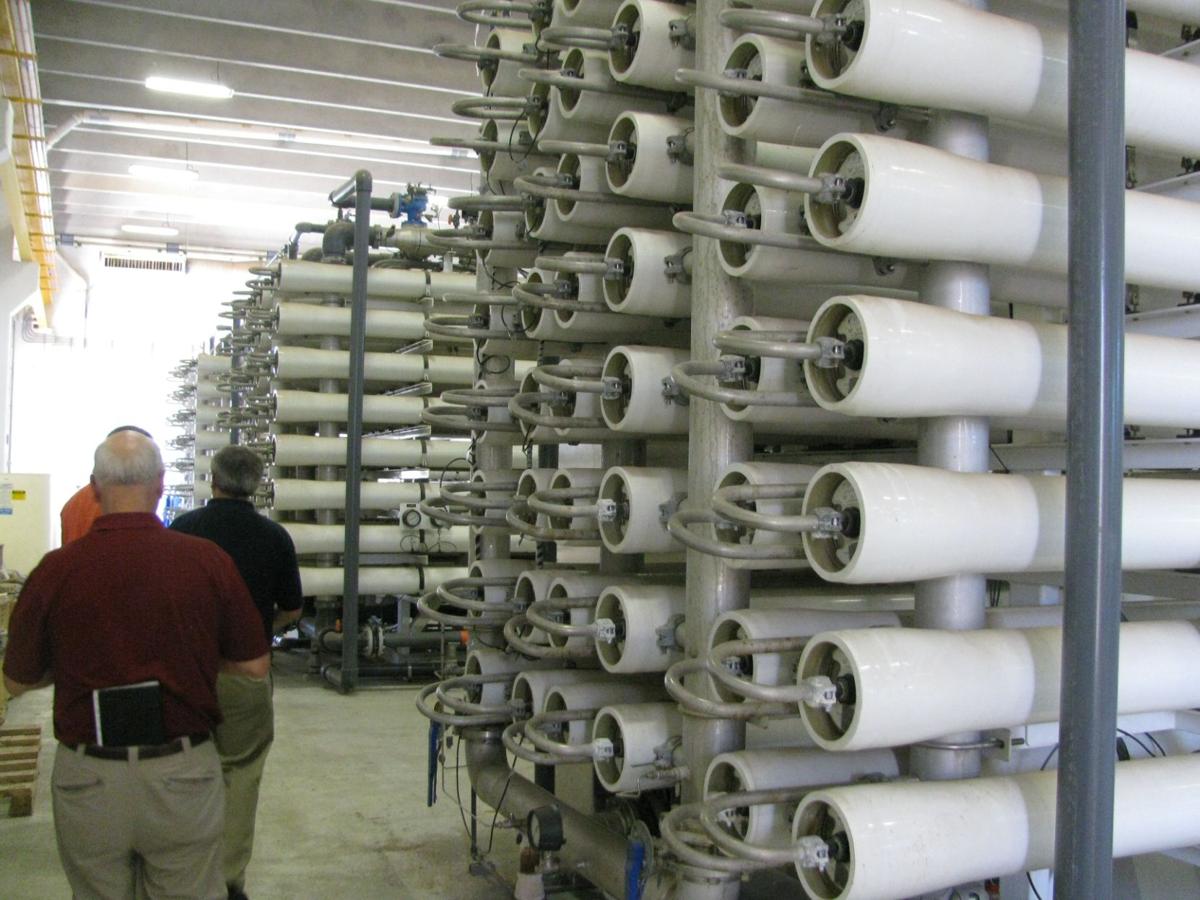 Wastewater in Wichita Falls is retreated by reverse osmosis in the city's water treatment plant. 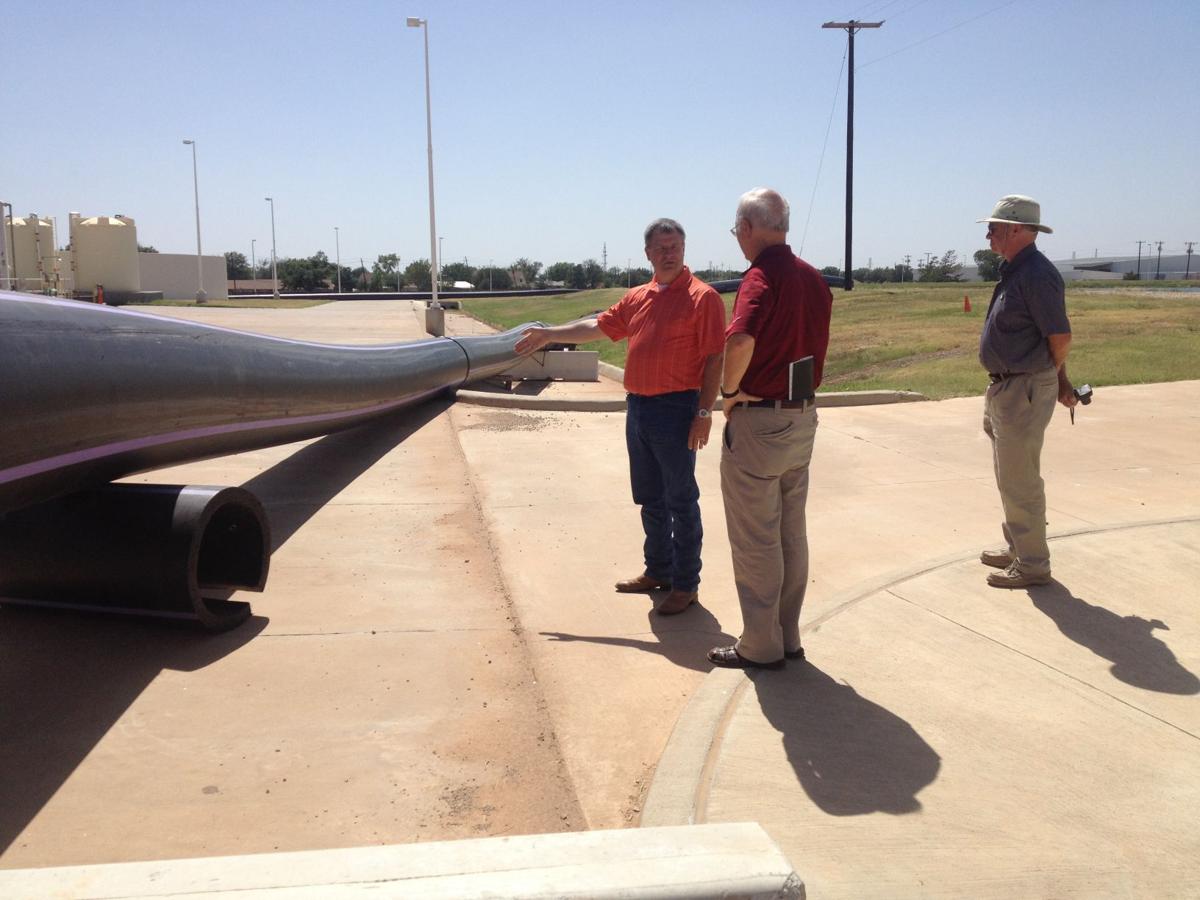 Wastewater in Wichita Falls is retreated by reverse osmosis in the city's water treatment plant.

be judged by its quality, not its history.

is charged with supplying clean drinking water to this drought-

plagued city of 104,000. He oversees a process of blending lake water with effluent from the city’s treated wastewater plant, retreating it and

then sending it to customers.

The city uses nearly 12 million gallons of water each day, about 5

million of which come from effluent that was formerly discharged into the Big Wichita River, which eventually flows into the Red River and

then into Lake Texoma.

The switchover began in early July after months of planning, state and federal testing and public education.

“Forty eight hours ago, this was entering the wastewater treatment plant as raw sewage, untreated, and that’s what we’ve done with it,” says Nix, pointing to a tank of seemingly clean water swirling in a filter before it is mixed with lake water for final treatment.

“We’re not doing anything different. All we are doing is taking a

jumbled puzzle and putting the pieces together,” he said.

wastewater - a process already done in parts of Florida, California and other states.

In Norman, Okla., city officials are prepping the local utilities to be the first in Oklahoma to reuse treated wastewater. Unlike Wichita Falls, Norman plans to pump treated effluent to eventually flow into the Lake Thunderbird reservoir. Engineering studies are ongoing.

In Wichita Falls, the city built a 13-mile, “temporary” pipeline to carry treated effluent to the water treatment plant for microfiltration and

reverse osmosis before it could be blended with water from the city’s depleted reservoirs. The pipeline was built in four months using existing stormwater channels and rights-of-way.

“We wanted to get this done in a hurry. We didn’t have a lot of

The city also reduced daily use through voluntary and mandatory conservation.

“If I had tried to do reuse when the lakes were at 100 percent, this

would be a no-go project,” Nix said.

Like Oklahoma, plans for reuse in Texas were held up at the state level, with regulators unsure how to write guidelines. Another Texas community, Big Spring, has begun reuse on a smaller scale.

“They (regulators) put a lot of hoops out there for us to jump through, and some of the hoops were on fire,” Nix said. “Toward the end, the citizens were wanting to know what’s taking so long.”

Even with reused water augmenting supplies, rates have increased. Evidence of the drought remains.

Thousands of cyclists who descended on Wichita Falls for the annual "Hotter-Than-Hell" ride last week had been informed of the change in the city's water supply. Few seemed to notice a difference.

Nix said state regulators have been nervous about the city's reused water.

Andy Rieger is editor of The Norman, Okla., Transcript.