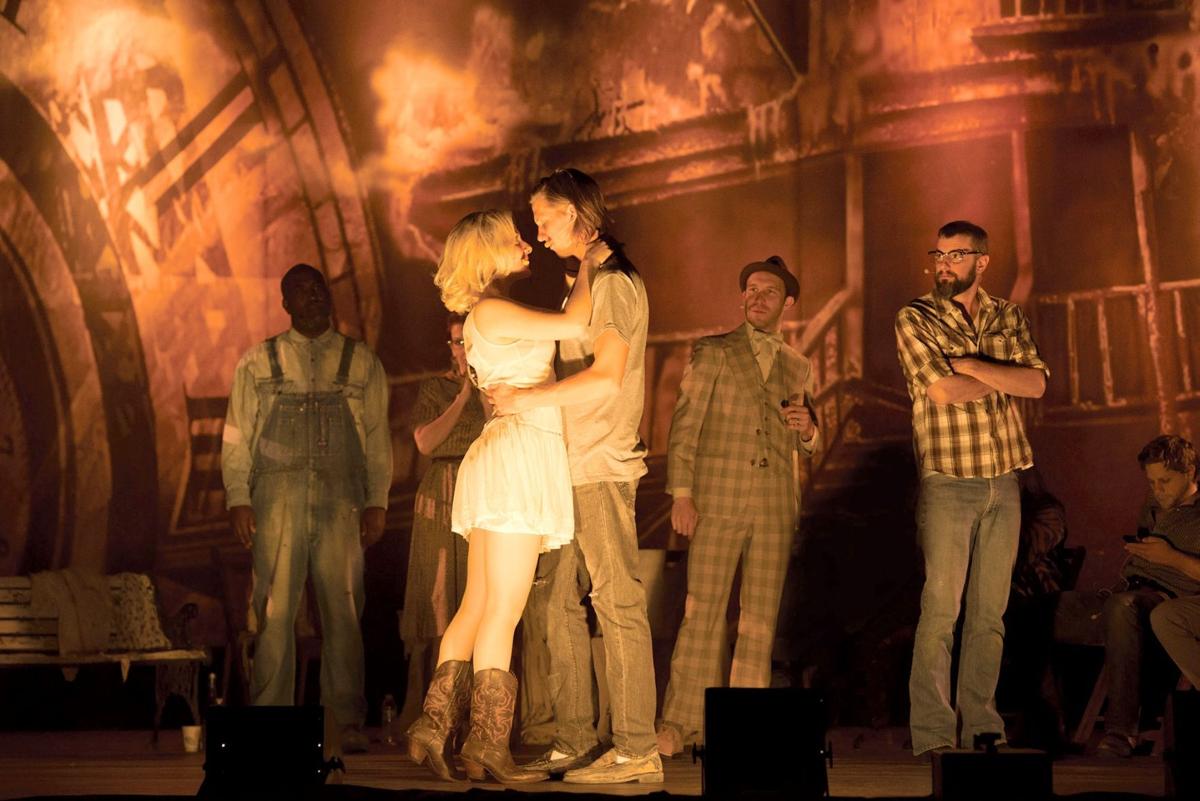 A scene from the musical "Ghost Brothers of Darkland County." 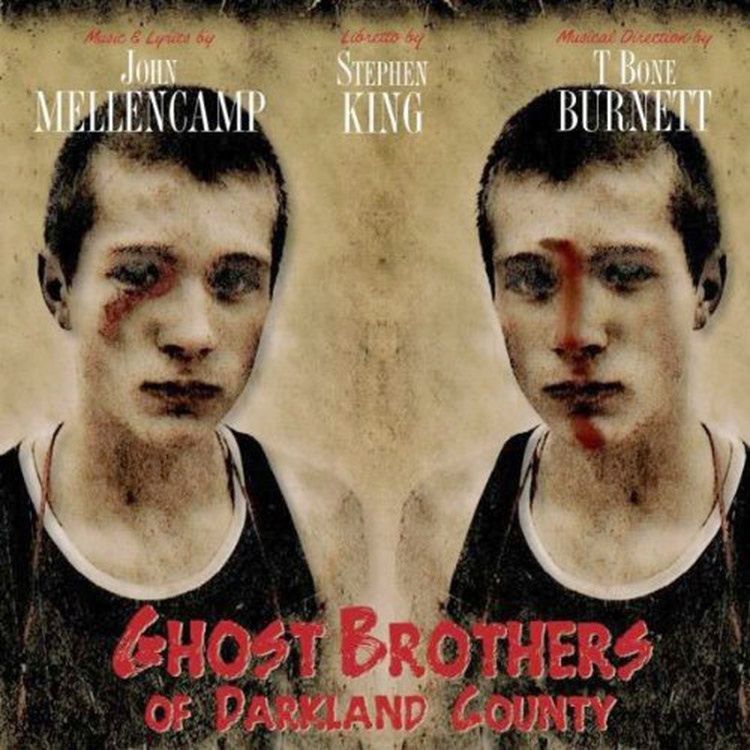 The album cover for 'Ghost Brothers of Darkland County,' performed by various artists.

A scene from the musical "Ghost Brothers of Darkland County."

The album cover for 'Ghost Brothers of Darkland County,' performed by various artists.

When "Mamma Mia!," the ABBA-inspired stage musical, became a big hit in London and New York more than a decade ago, producers started contacting other artists with a catalog of popular songs to see if they'd like to do something similar. John Mellencamp turned them down flat; the rock star had no interest in reworking his past. But he was interested in writing a musical from scratch with new songs. In fact, he had an idea.

That idea eventually became "Ghost Brothers of Darkland County," a "Southern gothic, supernatural musical" that features Mellencamp's songs and a script by author Stephen King. It premiered at Atlanta's Alliance Theatre in the spring of 2012, toured the Midwest and South in the fall of 2013, and is coming to the East Coast this month. The production currently stars Gina Gershon, Billy Burke and country music legend Carlene Carter.

"I bought a cabin in the early '90s where a murder had taken place," Mellencamp said over the phone in late October from Orono, Maine, where he was taking a break from rehearsals. "Two brothers got into a fight over a girl; one hit the other over the head with a poker; the guy and the girl drove away and ran off the road into a lake and drowned. You don't know if you're psyching yourself out or not, but my wife and I spent only two nights there because it was too weird, and I sold the place.

"But it gave me the inspiration for a play about a family in crisis that owned a cabin where a murder had taken place 40 years earlier. I needed someone to help me with the script, and the first person I thought of was Steve. I gave him the premise and assumed it would take months to get something back. Ten days later I got an 80-page outline."

Mellencamp, 63, and King, 67, had been fans of each other's work, but didn't really know one another until they collaborated on the musical. "Ghost Brothers" takes place in Lake Belle Reve, Miss., and bounces back and forth in time. In 1967, young Joe McCandless watches from a hiding place as his older brothers, Jack and Andy, die along with Jenna, the woman they're fighting over. Forty years later, at the same remote cabin, Joe's two sons, Frank and Drake, threaten each other with violence over another woman, Anna. Egged on by both the living and the dead, Joe tries to heal the family by telling his secrets.

King's outline included places for Mellencamp to add a song sung by a specific character or characters to reveal a particular feeling. The two collaborators had agreed early on that this show, unlike a traditional Broadway musical, would not use songs to advance the plot, only for character development. After Anna has been flirting with both Frank and Drake, for example, she explains why in a song called "That's Just Who I Am." Similarly, Frank and Drake explore the deep roots of their sibling rivalry in the song "Brotherly Love."

"When I'm writing a song for John Mellencamp, it's like walking up to an empty canvas," Mellencamp said. "I have no idea what I'm going to do — and the canvas can surprise you. When you're writing on assignment, though, you know what your goal is.

"I would never have written a song about a 10-year-old admiring his big brothers, but because Steve gave me the assignment, I did. I had to reach back into my memory bank when I had two brothers and remembered what brought us together and what kept us apart. So having an assignment can be kind of a blessing."

Those songs were collected last year on an album, "Ghost Brothers of Darkland County," but it wasn't an original cast album. Instead, it featured versions of the musical's 17 songs produced by T-Bone Burnett and performed by the likes of Elvis Costello, Kris Kristofferson, Rosanne Cash, Sheryl Crow and Taj Mahal. Interspersed between the songs were snippets of dialogue performed by such actors as Matthew McConaughey, Meg Ryan and Samantha Mathis.

If writing on assignment was a new experience, writing for characters other than himself wasn't. Mellencamp has often written songs in voices of other people — and never more so than on his new album, "Plain Spoken." Clearly influenced by the experience of writing songs for the musical, Mellencamp creates very different characters and gives them a strong voice, supplied by both the words sung in Mellencamp's now-raspy growl and by the music supplied by a fiddle-and-brushes, roots-rock combo.

"Blue Charlotte" is sung over a push-and-pull rhythm in the persona of a man cradling his dying wife. "The Isolation of Mister" gives voice to the not-quite-convincing defiance of a man who pushed away lovers, family and colleagues. "The Brass Ring" is a Celtic-tinged look at a confrontation between a social reformer and a mother who left her children at a church to walk the streets of New Orleans; both have their say and neither backs down.

"These songs on 'Plain Spoken' were channeled to me," Mellencamp said. "I just sat down and started playing guitar, and as fast as my hands could write and my voice could sing, these songs came out. 'Blue Charlotte' felt like a Tennessee Williams short story to me; 'The Brass Ring' sounded like a William Faulkner story. Those are the guys I'm interested in these days. I don't care what Bruce Springsteen or the Rolling Stones are doing."

Sorry, there are no recent results for popular videos.